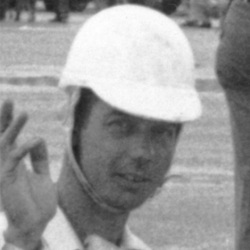 Rob Schroeder made one World Championship Grand Prix appearance in the 1962 US Grand Prix before returning to relative obscurity. Robert Schroeder died 11 years ago, he was 85 , He would have been 96.

Very little is know about Rob Schroeder. He drove a Lotus 24 entered by Texan oil millionaire John Mecom in the 1962 US Grand Prix at Watkins Glen. He qualified in sixteenth place and crossed the line seven laps behind Jim Clark's winning Lotus 25 in tenth.