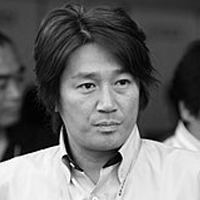 Masahiko 'Matchy' Kondō is a Japanese singer, lyricist, actor, racing team manger and former racing driver. He was a member of the Tanokin Trio.

Masahiko Kondo is a Japanese singer, an actor and belongs to Johnny & Associates. He is also a racing driver and a racing team owner. He is known as Matchy. It is from his name Masahiko for short. In Japanese, his name is Kondo Masahiko.

Kondo Masahiko was a top pop idol in the 80’s with high record sales.

His first single set records for sales for a debut single by a male solo artist. The song debuted at number one. No other solo male artist has ever done this. He won the top Japanese singer award Japan Record Award when he was 23.

The Japanese age for getting a driver's license is 18. There is a rumour that Matchy got his driver's license when he was 18. However, by that time he was one of the most popular stars in Japan. Because of his popularity, he couldn't drive on the public roads. So his manager took him to a racing tract and Matchy practiced his driving skills there. Matchy had always had an interest in cars from an early age. Driving on the race track gave him the desire to drive race cars. So he practiced and was accepted into a racing team when he was 19. He went on to have a moderately successful career on Japan's race circuit.

Racing in the All-Japan Formula Three Championship he also raced at le Mans 7 times between 1994 and 2003 with a best finish of 5th in the GT1 class in 1995 driving a NISMO Nissan Skyline GT-R LM.

His relationship with Akina Nakamori was also big news in Japan. She was also one of the top idols of the 80s. From stress and overwork, she attempted suicide in Matchy's apartment in 1989. Matchy called the ambulance and her life was saved. They held a joint press conference on the last day of 1989 to show that she was healthy and that he had forgiven her. They soon went their separate ways.

Matchy was in several plays and movies at the beginning of the 1990s. He finally married in 1994. He keeps his private life very private.

His latest big hit was” Midnight Shuffle” which was released in 1996. He appeared in the Kohaku-utagassen. To appear on this program is a big honor for a singer. It seems that this was his final appearance in such a big event.

In 2005, he decided to come back for the 25th anniversary of his debut. He released a song named “Chosensya” which means challenger. He truly is a challenger. He appeared in many TV programs, held dinner shows and went on a limited concert tour. He joined many of his successors like SMAP, Kinki Kids, V6, and Arashi on their TV shows.

Since then, Match has appeared on TV regularly, except during racing seasons.