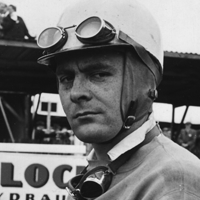 Ted Whiteaway was a professional racing driver from Great Britain.

He raced in a number of non-championship F1 races in 1954 with his privately entered HWM-Alta He posting a number of DNFs. He came 6th in the Grand Prix de Rouen-les-Essarts and 6th in the August Cup at Crystal Palace.

In 1956 he failed to finish both the Gran Premio di Napoli and the Grand Prix d'Albi, going out on the 17th lap both times. Between these two races he tried but failed to qualify his HWM-Alta for the Monte Carlo Grand Prix.